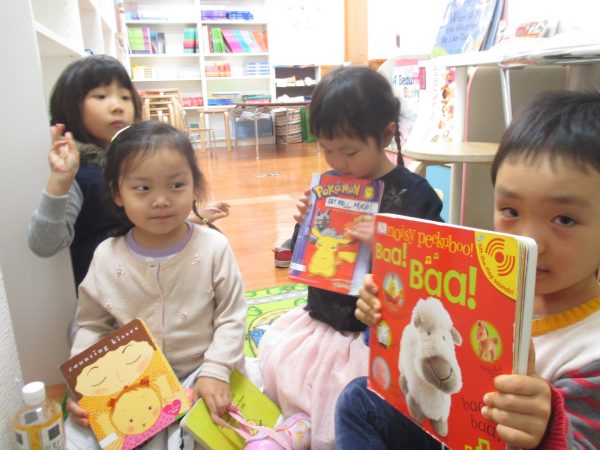 Today we we went back and reviewed comparatives and superlatives (tall, taller, tallest, etc.)

After a few warm up questions about weather, feelings, etc. we once again practiced the months of the year and figured out when all of our birthdays were, then found out who is older than who and which of the kids is the oldest. Next we weighed and measured each other to see who is tallest and heaviest as well.

We took a break to sing and dance to a couple of songs (“open shut them” and “in front of, behind, between”) then played the mystery word game to learn the phonics and spelling of tall, taller, tallest and old, older, oldest. The kids are getting very good at the phonics and only chose one or two incorrect letters.

After a smartboard quiz on sizes. colours and shapes, we moved on to reading and writing practice.

We managed to complete two work sheets: in the first one, the kids had to read a sentence describing who, out of two people, was taller or older or bigger than the other and choose the correct person to finish it. In the second, they were given several incomplete pictures of peoples faces and had to draw in the missing features to match a description, for example; “Sam has the biggest mouth”.

After lunch, we played with the playdough and competed to see who could make the longest snake, the biggest pancake, the fattest snowman and the tallest tree. When they played musical chairs, red light/green light and simon says.

In the gym, we set up a game where one team had to try and knock over cones, guarded by the other team, with beanbags, while their opponents tried to throw the bean bags into the hoop in the middle of the room.

After our afternoon snack and an episode of “my little pony”, we went down to the library and read a few books, including a long story about pikachu, which the kids found very interesting.

I hope you all have a great week! see you next Saturday!

This Saturday we started the day solving word search puzzle and matching those words with the pictures. Then during our daily routines time, we talked and sang about days, weather and seasons as usual. Before staring our subject we danced a little to have fun and warm up. This week’s subject was mainly asking questions about actions by using the form “Do you want to..” and answering them. We asked many questions each other verbally and then wrote them on worksheets. After we finished our worksheets we played spelling game on the board. We had our lunch and then focused on numbers. We played “I have.. Who has..” number game by using cards. Everybody was very good at reading numbers in that game and they had great fun. Then we played matching numbers with their number words on the board. Before going home we listened the story “Rapunzel”.
Have a nice week.

Good class today!  We were missing Rimi and Reo, I hope to see them next week.  We played a new board game in the morning, encouraging everyone to ask and answer different kinds of questions.  In the gym we played Tameire/dodgeball/target practice!  We protected our cones from being knocked down and tried to get all the beanbags in the bucket.  We studied pronouns today, Takuma had some practice from last week.  It is important to use pronouns to make our English smooth and natural.

We took a little break to make some slimy blue goop a little science demonstration about solids, liquids and gasses.  Have a great week and see you next Saturday.
William 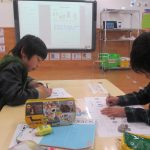 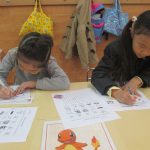 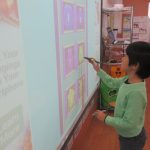 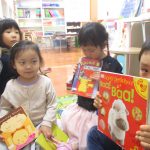 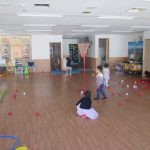 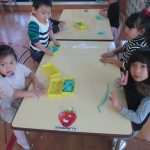 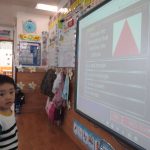 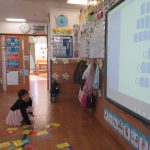 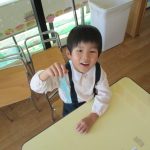 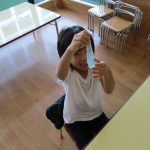 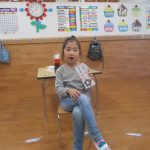 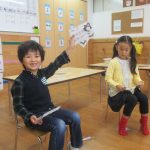 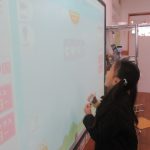 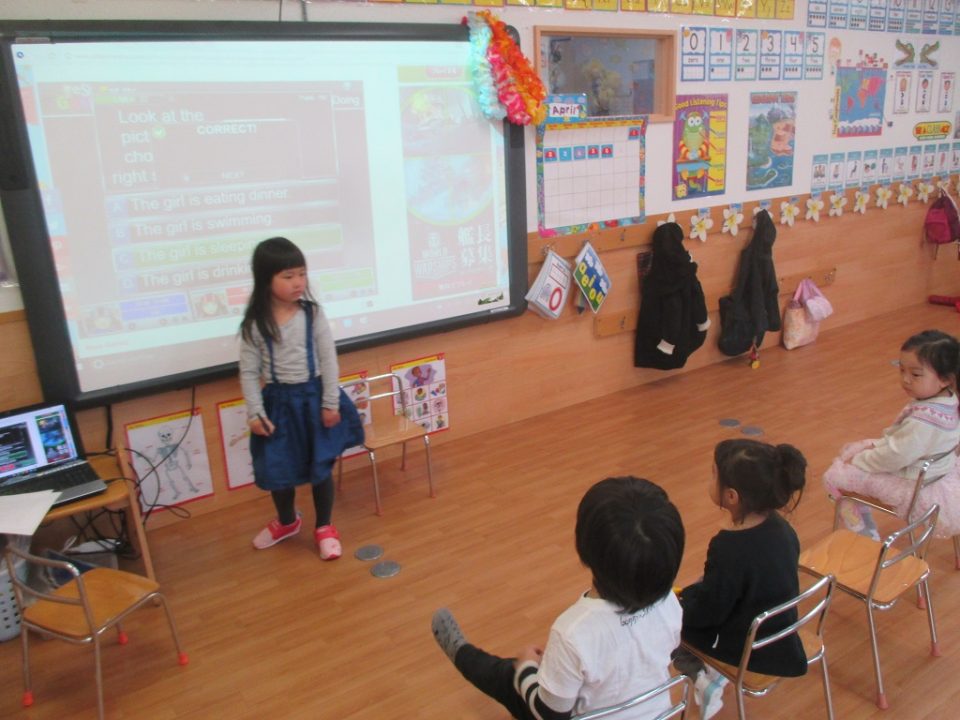 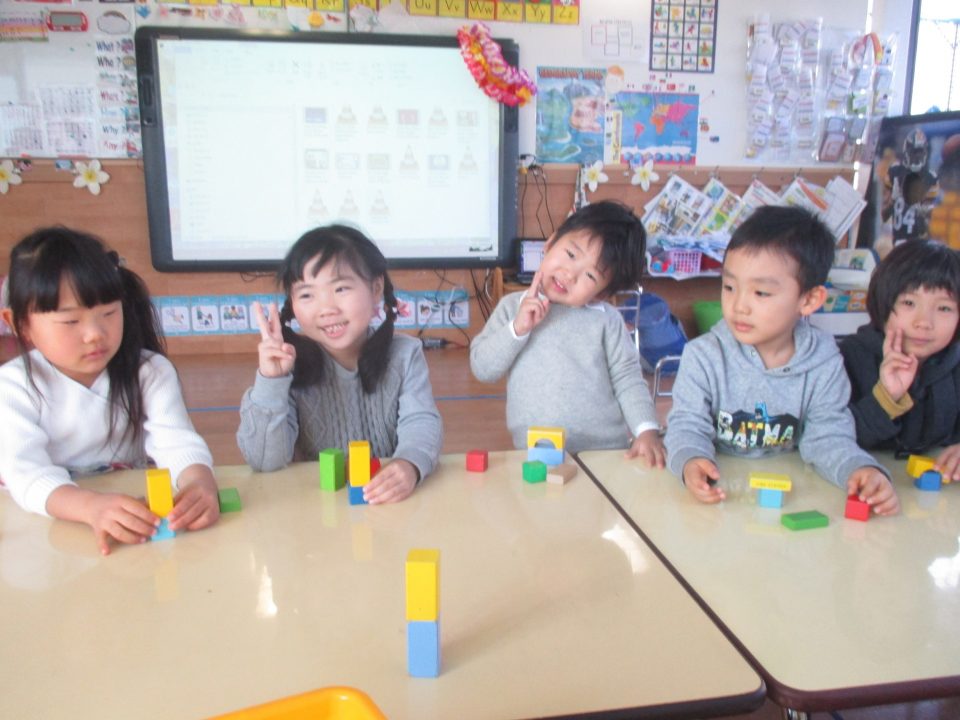 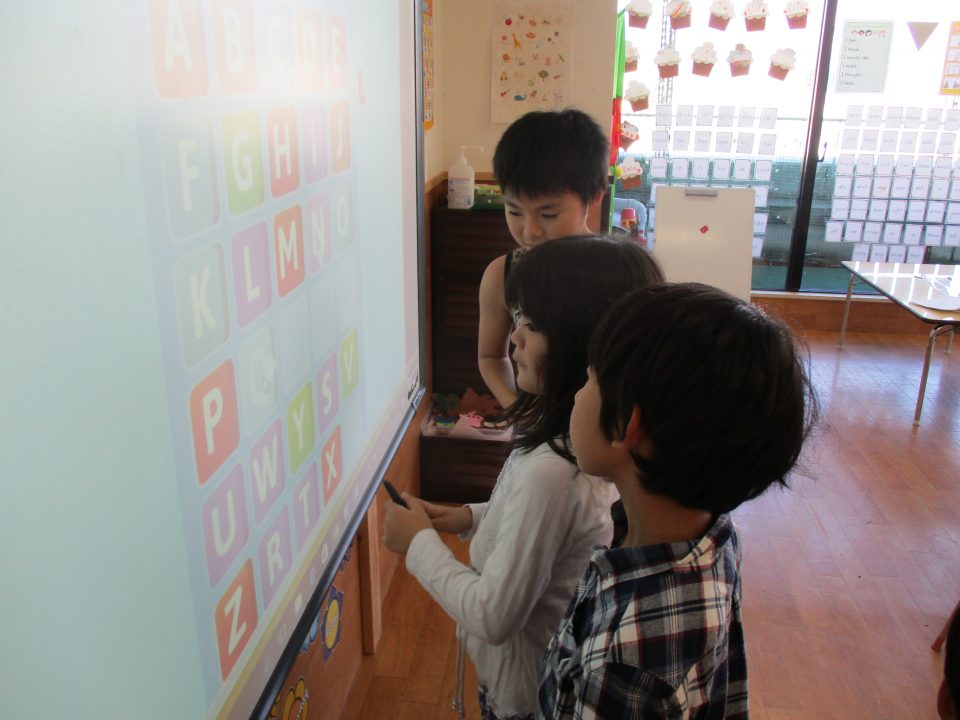 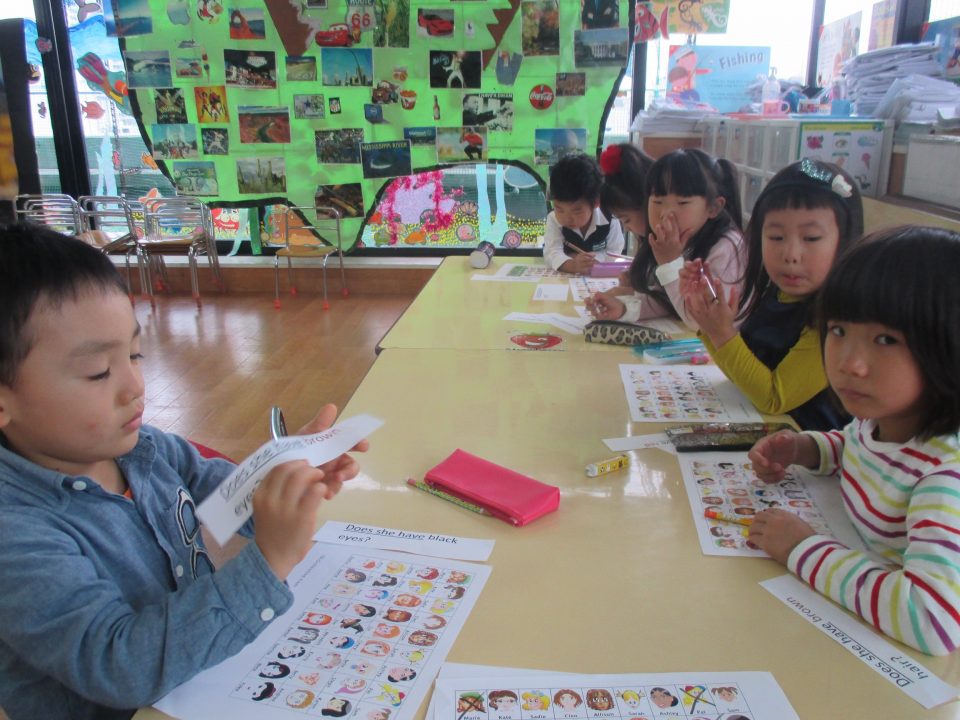